When it comes to the license requirements for ride hailing drivers when the new regulations kick in, these new drivers will be required to have a class 4 license.

The angry BC Liberal side is saying this is an unfair and onerous weight to carry, I say otherwise.

The stats suggest that on average, there’s a .6pt safer advantage of a class 4 over the basic class 5.

In terms of averages, thats not a big deal. But when played out into the raw numbers of how many accidents in total vs what this .6 means, we get 2100 fewer accidents as a result of class 4 licenses.

But that’s another issue. If we’re to say that ride hailing should only use class 5, then we’re basically saying that the extra accident rate is worth the $100 that ride hailing drivers don’t have to pay in getting the superior license.

I think that’s a morally reprehensible position to take.

And if you’re one of those taking the position that the class 4 license is onerous with its medical exam, criminal background check, proof of safe driving, and working knowledge of your vehicle are too much, kindly go fuck yourself. 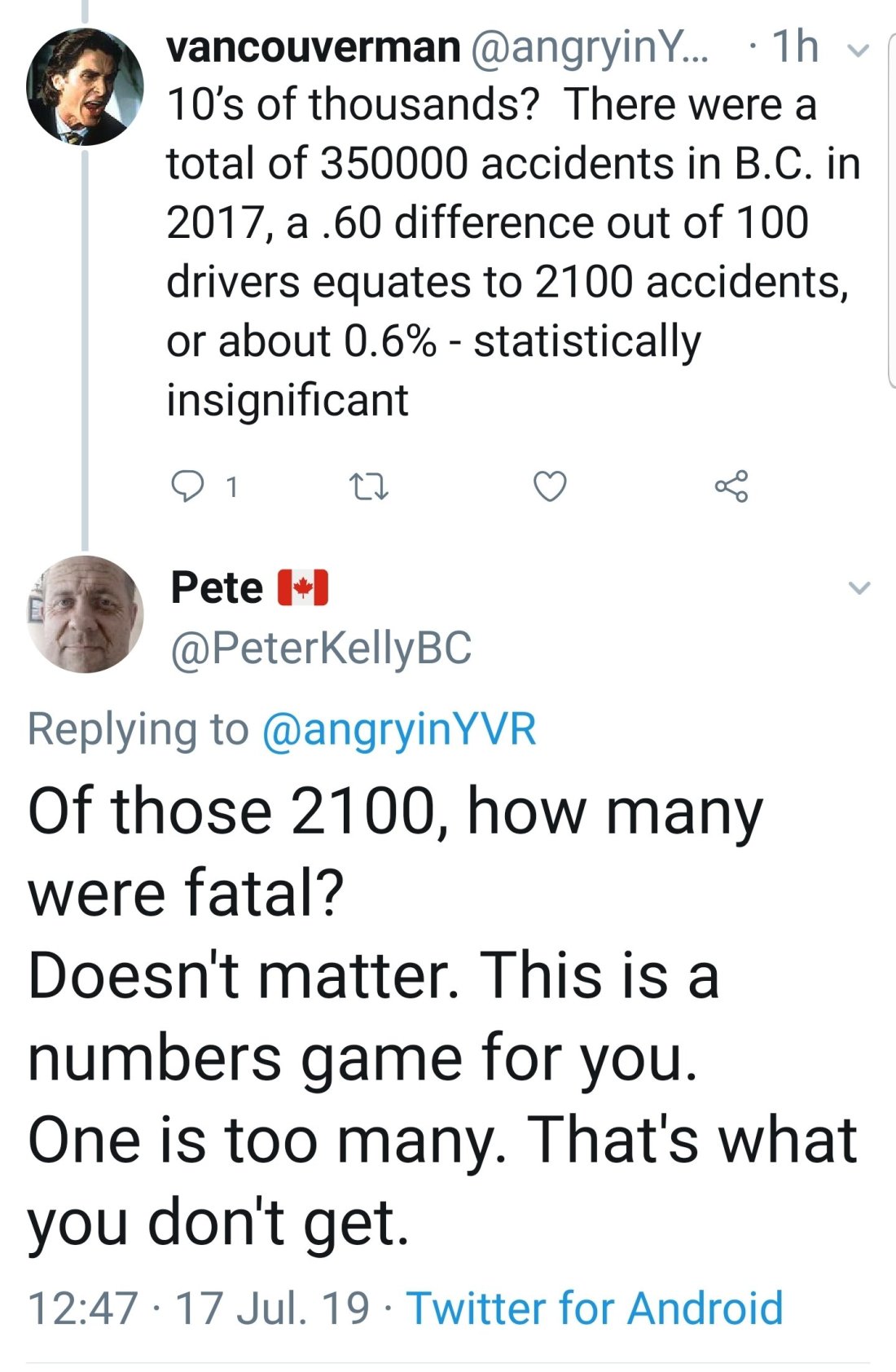 What if your son or daughter was killed off as part of that 2100 extra accidents that don’t matter.

Any layer of safety is worth it.

Anything to not let this happen here.