The hint is #13 of their “Mission Possible” document.

The point is that in #13, the Green Party, as a government would compel changes that would both end subsidies to fossil fuels while simultaneously investing (taxpayer money) in new and expanded fossil fuel infrastructure in Canada.

I may not be an energy expert or the wisest political observer, but investing taxpayer dollars in an industry that is already highly profitable is still a subsidy; regardless of the edit.

There are many other concerns I have with this document, but this one jumped out at me. Makes me wonder what other sneaky changes the Greens may drop in there while nobody is looking. 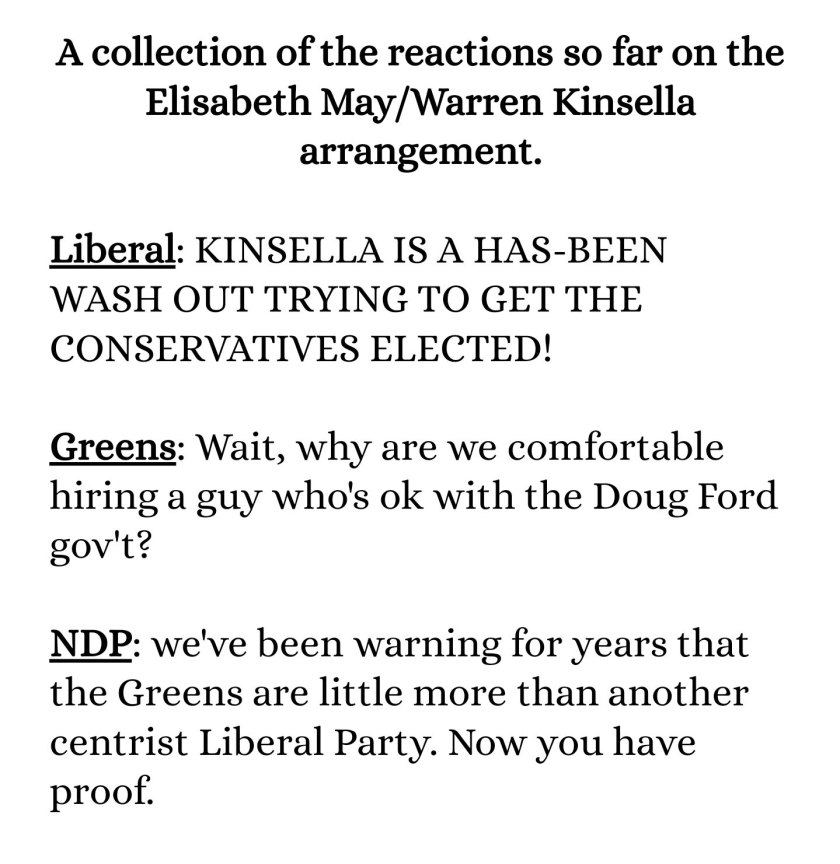