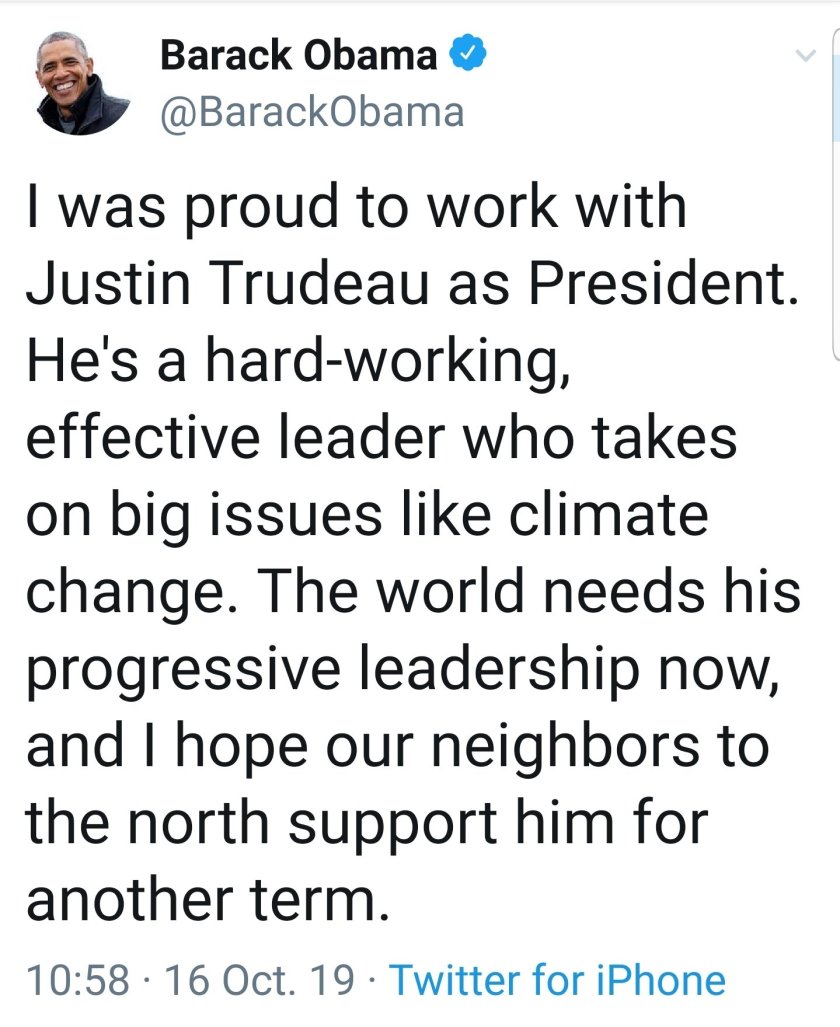 I have no doubt this will lift the spirits of centrist liberals who prop up Justin Trudeau.

Barack Obama campaigned on hope and change in 2008, a generally Liberal agenda, he delivered a mostly incremental upgrade in domestic policy.

Don’t get me wrong, if I were American, I would have voted for Obama too.. especially given his GOP Presidential competition. Slam dunk.

But the centrist liberal incrementalism of Barack Obama gave rise to the popularity of people like Bernie Sanders and Alexandria Ocasio-Cortez among others in veering hard left in a country unfamiliar to actual socialist policies.

I guess what I’m saying is that while Obama’s endorsement may help shore up his base, Trudeau has failed on delivering the progressive agenda he pledged.

Now he will come across as desperate.

Look, I don’t hate the guy, I just think that Justin Trudeau is arrogant and entitled; just as much as his party.

Jagmeet Singh is that leader. He inspires hope, courage and change.